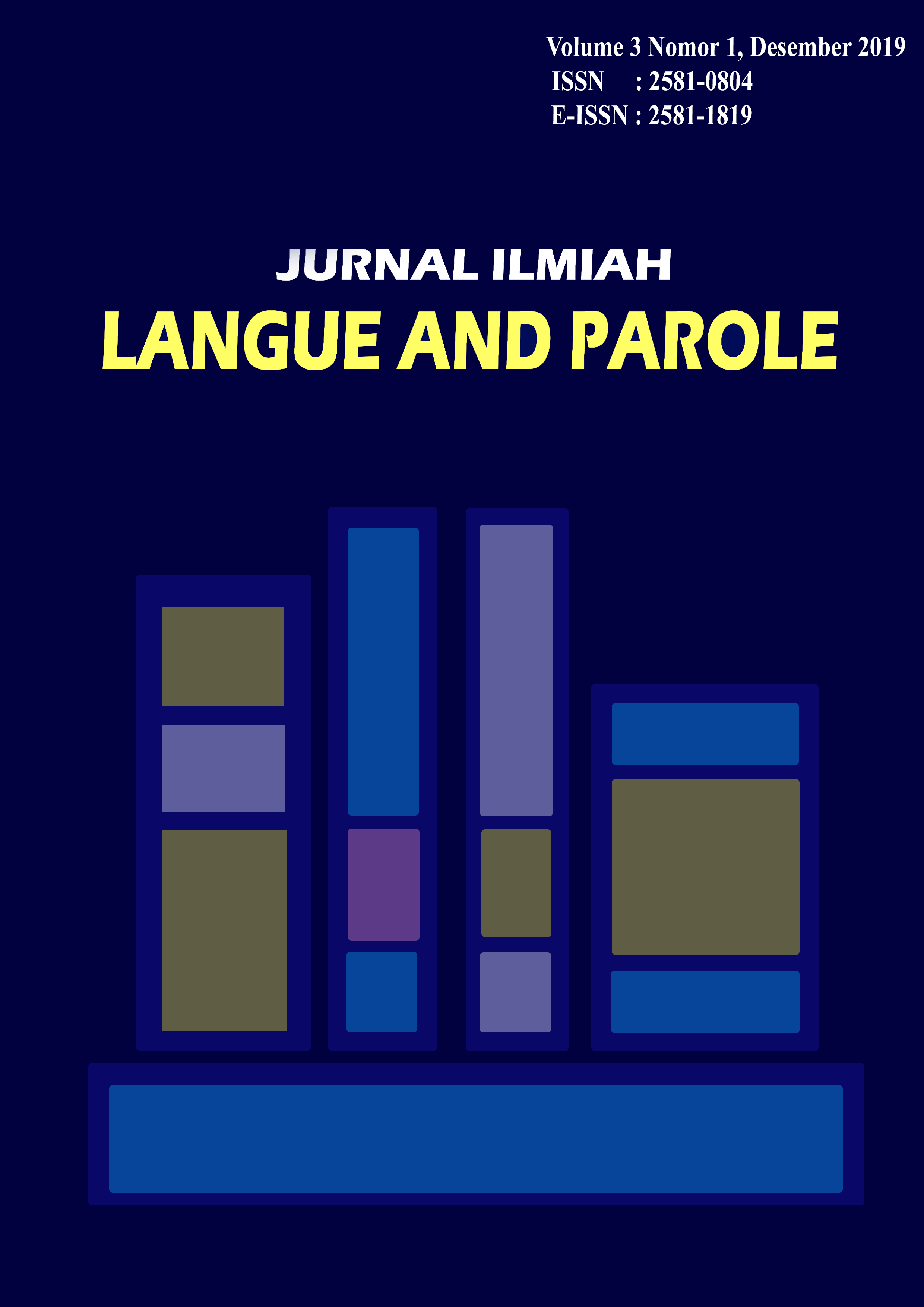 Download data is not yet available.
Vol 3 No 1 (2019): Jurnal Ilmiah Langue and Parole