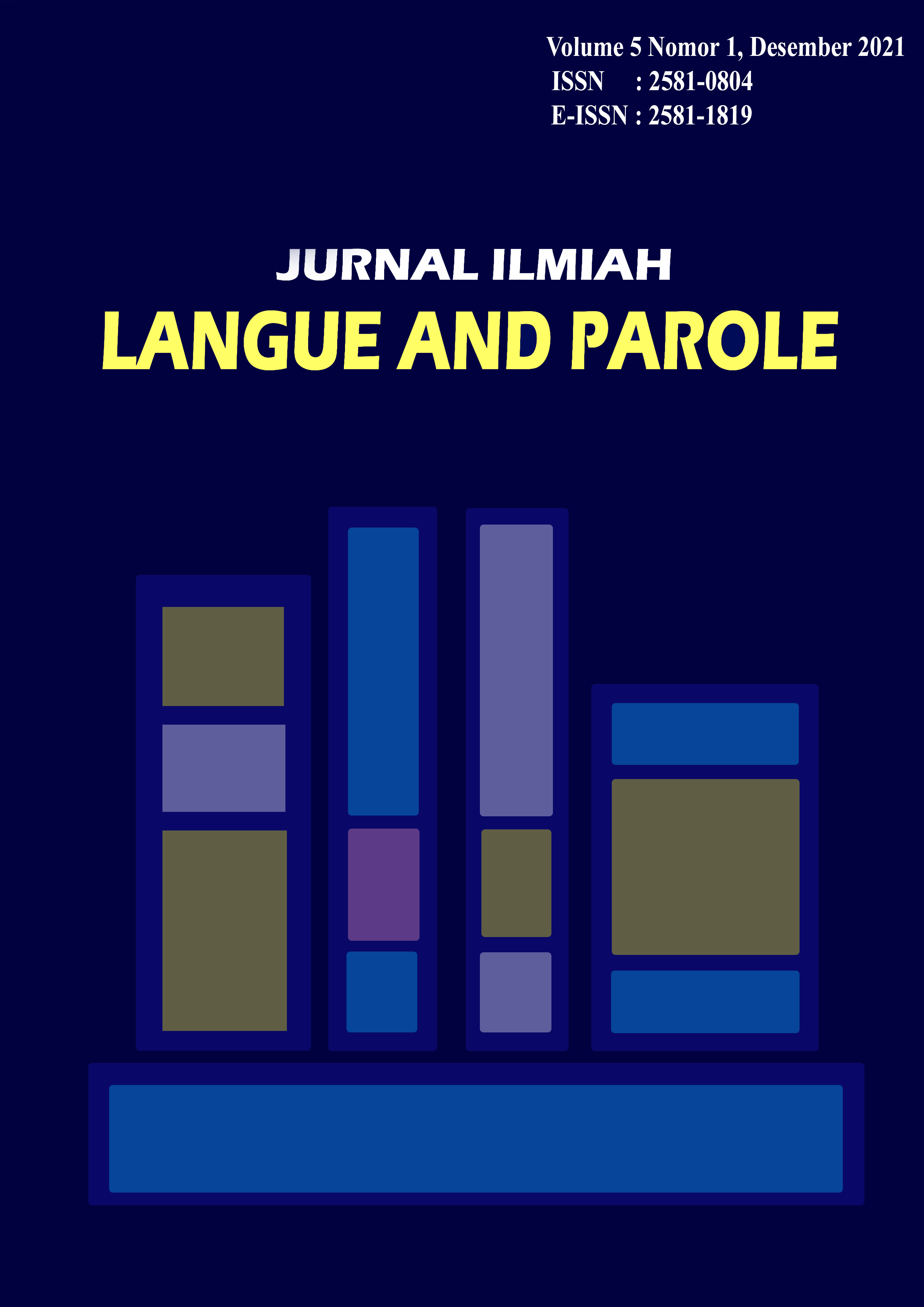 Download data is not yet available.
Vol 5 No 1 (2021): Jurnal Ilmiah Langue and Parole

There are three steps conducted in the research, they are collecting data, analyzing data, and presenting the result of analysis. In collecting data, the writer used observational method by applying the elicitation technique, which is continued by several techniques, i. e  facing conversation, taking note, and recording technique. In analyzing data, the writer also used qualitative and quantitative approaches. Qualitative approach is used in order to show the sound correspondence between two sub dialects. Then, the comparative method is used to compare  and determine the inheritance pattern toward two sub dialects.The result of analysis are: 1) there are two of sound correspondences rules that mostly found in ultima and penultima position. namel  r ~ R /- η # /and  ə ~ ə /# b –

Furthermore, dealing with Proto Austronesia language, it is also found that some proto phonemes are showing the alteration, namely innovation.