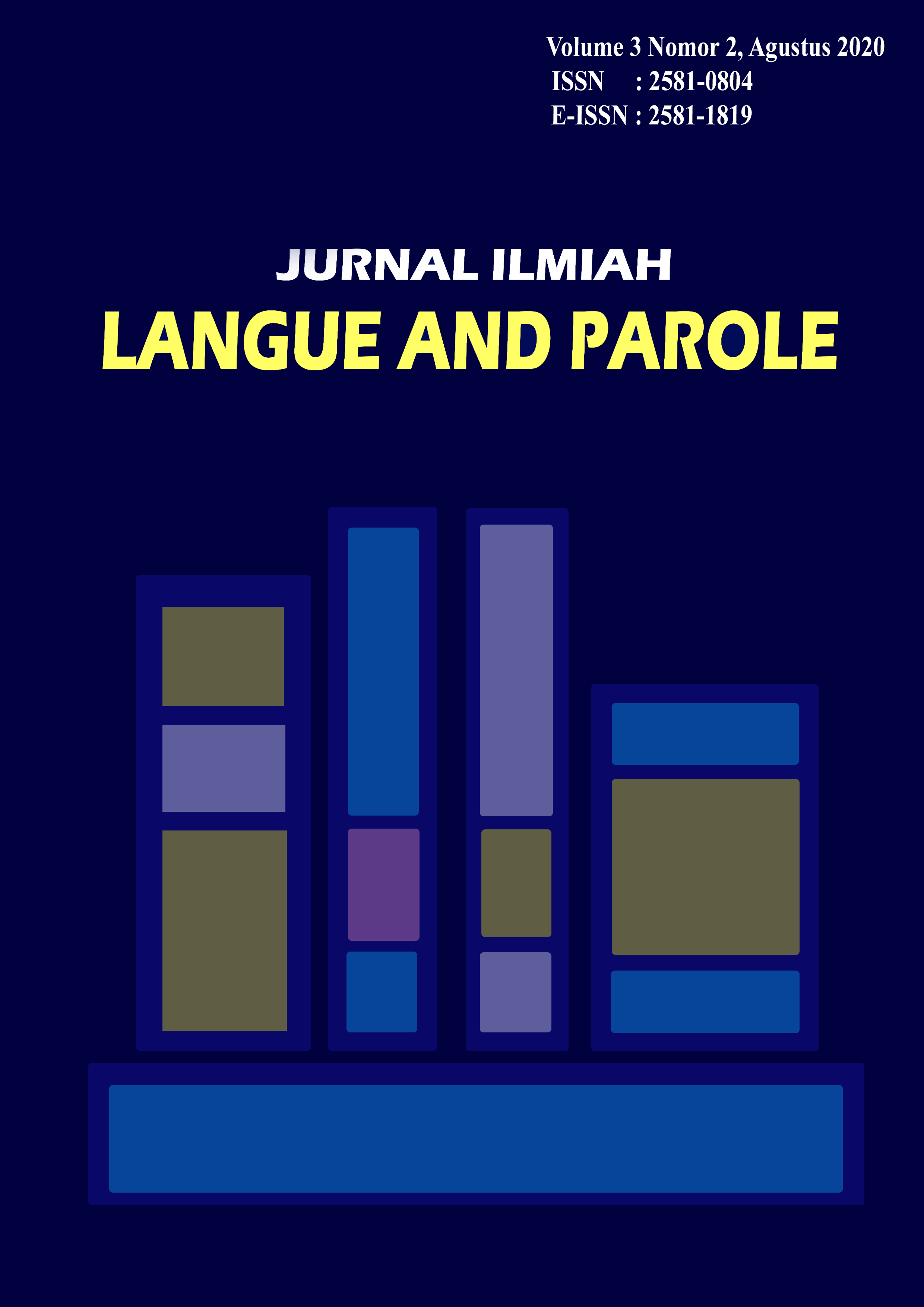 Download data is not yet available.
Vol 3 No 2 (2020): Jurnal Ilmiah Langue and Parole

The problem in this thesis is Devotion and commitment in a contradictory conditions in the relationship between Noah and Allie who have differences in social status. Until their relationship was opposed by Allie's mother, even so Allie remained devotion to choose Noahh. Devotion and commitment to the contradictory conditions between Noah and Allie also occur when they are old. Noah remained loyal to Allie when she suffered from Alzheimer's disease.

The object of this study was The Notebook novel by Nicholas Sparks. This research uses Sigmund Freud's theory of personality psychology. The results of this study are the figures Noah and Alli have personality aspects that refer to Sigmund Freud's theory of id, ego, superego. The writer uses descriptive analysis method and qualitative method. The author carries out a systematic procedure with an understanding of the novel, figures Noah and Allie, and also structural theory.

Based on the results of this analysis it can be concluded that the problem faced by the main character is his deep love and loyalty to his wife, Noah did everything for Allie, including writing to him for two years even though his letter was never responded by Allie. But when they met for the first time after being separated for quite a long time their love for each other was still there. Until they married and aged together and Allie contracted Alzheimer's disease, but Noah remained faithful with her.