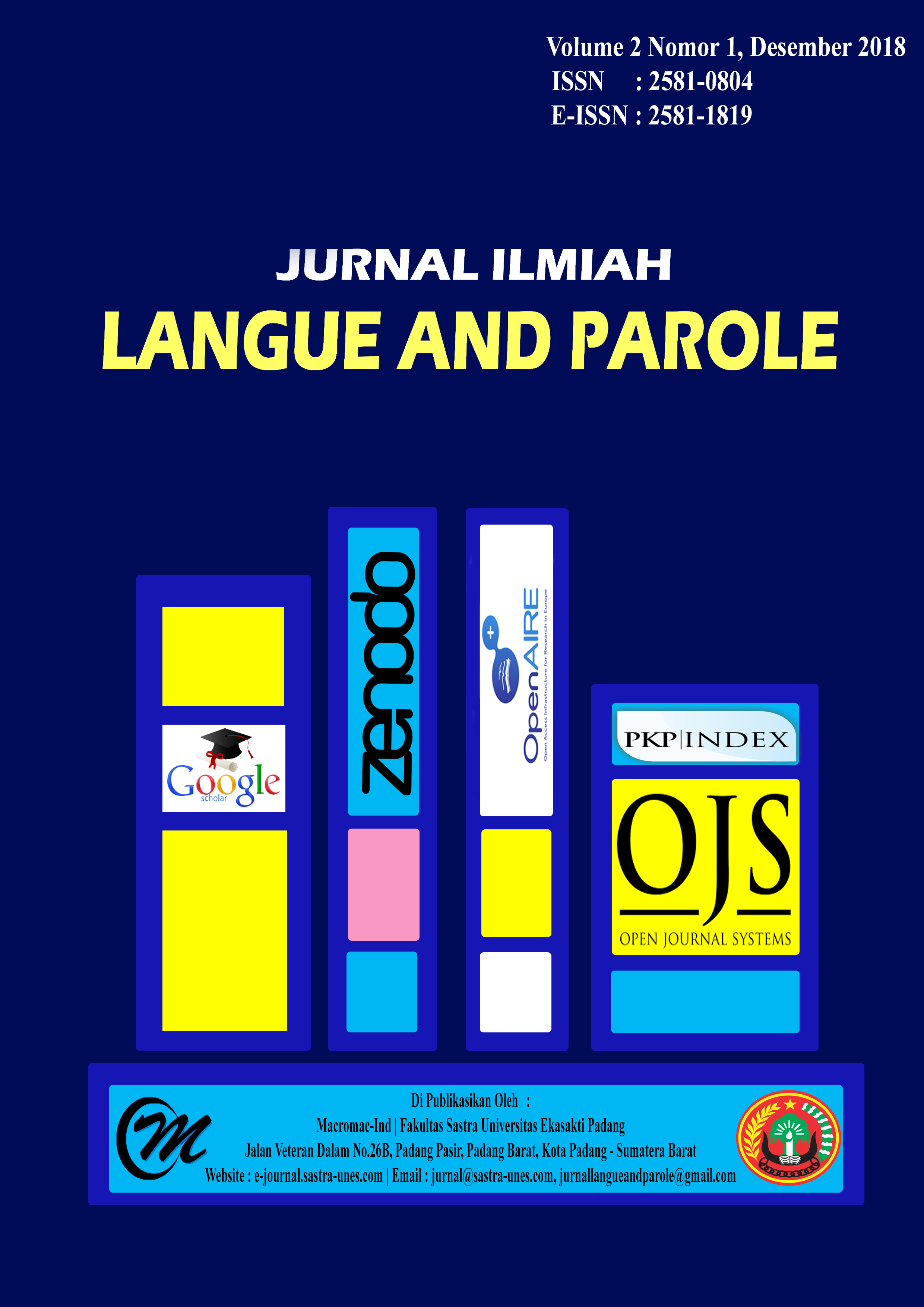 This research is focused on revealing the character that has an affair that appears in novel The Girl on the Train. The purpose of this study is to             (1) To describe the cause of affair and betrayal in the story the Girl on the Train (2) To explain the affair and betrayal in the story the Girl on the Train (3) To reveals the murder investigation that expose the characters’ affair and betrayal in the story the Girl on the Train.
This research analyzes about the main character, they are Rachel, Anna, Megan, and Tom. The theory used is psychology theory by Sigmund Freud which explains that the life of the human soul has three levels of consciousness namely; id, ego and superego. The method used in this research is a descriptive qualitative method in which this research does not require statistical data to obtain reality or phenomena that occur in the community.
The writer found that the protagonist character in this research was Rachel. In the beginning the story, Rachel is not like the protagonist in general, at the beginning of the character's story Rachel is an alcoholic, has severe depression because she has problems with her fertility so she cannot have children, unemployment, often lost consciousness (black out). But at the end of the story, Rachel's character changes where Rachel is involved in a murder case, when she realizes, she relentlessly tries to uncover the truth of Megan's murderous night, turning her into an unusual detective hunting for clues in her blurred memories. Finally facing the truth of her abusive marriage to Tom, she overcomes her emotional dependence, finally rejects victimization, and resumes control over her life, revealing herself to be the strongest female character in the novel. Despite her flaws, she is guided by a strong moral compass and empathy.